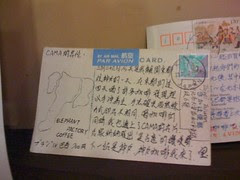 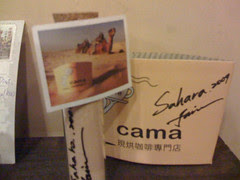 Sahara sand at Cama Café
Originally uploaded by BoydJones
Posted by Boyd Jones at 6:53 AM No comments: 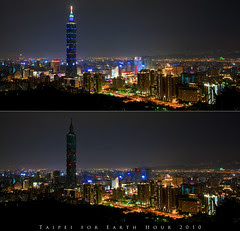 Wild onions out to dry - creative use of nearby car - Taipei, Taiwan 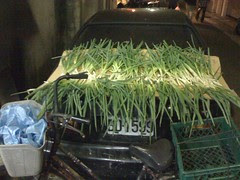 Wild onions out to dry - creative use of nearby car - Taipei, Taiwan
Originally uploaded by BoydJones
Posted by Boyd Jones at 11:34 PM No comments: 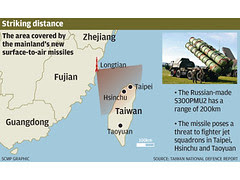 The mainland has completed deployment of a new type of surface-to-air missile capable of covering the entire airspace of northern Taiwan, despite warming cross-strait ties.

"Intelligence obtained by us and military authorities has shown the mainland has recently deployed such missiles in Fujian," Tsai said, responding to questions from Democratic Progressive Party legislators on the mainland missile threat.

Citing a report by Toronto-based Kanwa Asian Defence Monthly that the People's Liberation Army had recently deployed eight missile batteries at Longtian military airport in Fujian, DPP legislator Chen Ying said the belief of the island's government, headed by the mainland-friendly President Ma Ying-jeou, that the PLA would not attack Taiwan was merely wishful thinking.

"The latest deployment has already posed a serious threat to Taiwan," she said.

Tsai said the missiles were chiefly defensive and that if Beijing really wanted to attack, there were many other options available. "Actually, the number of missiles deployed by the Chinese Communists has grown each year, and there is nothing different this year," he said. The PLA routinely replaced its missiles each year.

"After all, the military deployments by the Chinese Communists are not just targeting Taiwan, as they have their own regional and global strategic considerations," Tsai said, without elaborating.

The Kanwa report said the missiles had a range of 200 kilometres, far enough to bring down any aircraft entering the island's northern airspace, and sophisticated radar functions. Taiwanese media said this would mean that fighter jet squadrons based in Taipei, Taoyuan and Hsinchu could be at risk.

Taiwanese Defence Ministry spokesman Yu Sy-tue appealed for calm, saying the military had closely monitored the PLA's latest move and the situation was "fully under control."

Ruling Kuomintang legislator Lin Yu-fang, who is on the legislature's defence committee, said there was no need to be too nervous because Taiwan's anti-missile Patriot systems could cover mainland fighters manoeuvring in the Taiwan Strait.

In a legislature session on Tuesday, Taiwanese Premier Wu Den-yih set two preconditions for such talks, saying they could only take place when Taiwan had a firm military force capable of defending itself and that they must be conducted on a step-by-step basis.

He also stressed that the mainland must refrain from provocative military moves, including sending submarines on surveillance missions around the island, to avoid creating panic in Taiwan.

In response, Yang Yi, a spokesman for the mainland State Council's Taiwan Affairs Office, said in Beijing yesterday that military confidence building measures would be discussed at an appropriate time.

"We maintain that both sides can make contact and exchanges on military issues and discuss the establishment of a military security and mutual trust mechanism at a proper time," Yang said. He admitted that "related work should be done step by step".

Wang Kung-yi, professor of international relations and strategic studies at Tamkang University in Taiwan, said it was unlikely the Ma government would hold such talks with Beijing before the Taiwanese people reached a consensus on the issue. Ma admits that such talks would be impossible during his current term, which ends in 2012.

Meanwhile, Tsai Teh-sheng called for joint talks on the release of spies held by each side, saying the issue could be raised in routine discussions between Taiwan's semi-official Straits Exchange Foundation and its mainland counterpart, the Association for Relations Across the Taiwan Strait.

Why don't Chinese turn on their vehicle lights when it is dark or raining?

Posted by Boyd Jones at 3:31 PM No comments: 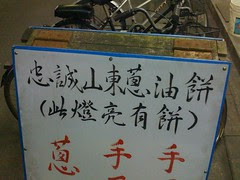 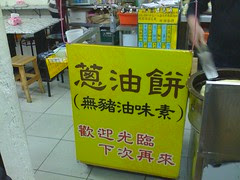 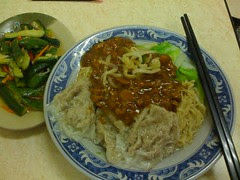 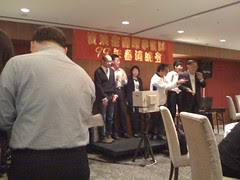 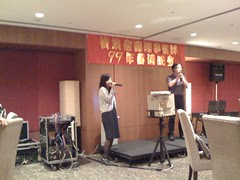 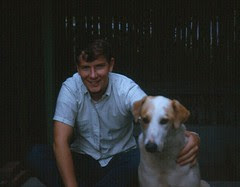 Dad and Maggie the Dog, Chase House, Clinton, NY - 1964
Originally uploaded by BoydJones
Posted by Boyd Jones at 1:06 AM No comments: 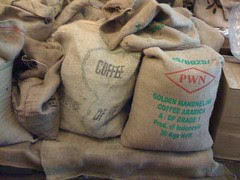 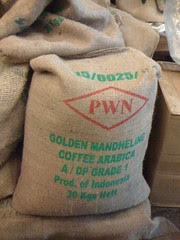 PWN Coffee? Isn't this the perfect coffee brand for video gamers? :-) Brew up, drink, PWN / own away!